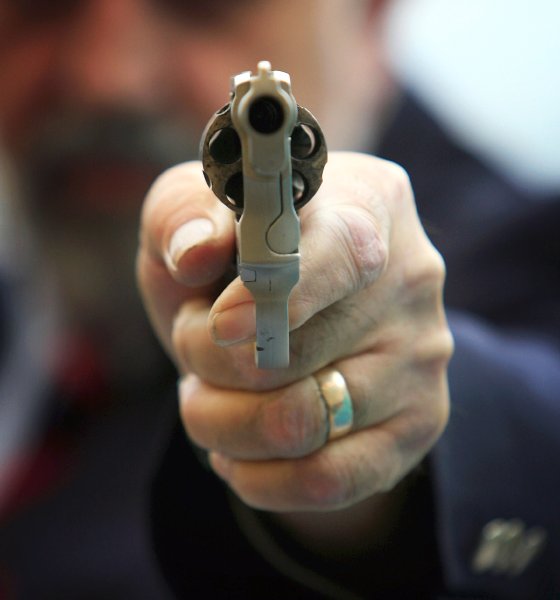 Apparently the robber’s conscience got the better of him.

An attempted robbery in the German state of Lower Saxony took an unexpected turn earlier this week when an armed burglar called off his own holdup, having been shamed by a pair of children.

At around 6:25 p.m. on Monday evening, an armed robber wearing a ski mask and a long black coat forced his way into a private home in the town of Schwanewede after a babysitter answered the door, police reported Wednesday.

They approached the gunman, who had been holding his weapon under the babysitter’s nose, and offered him their life savings.

The man lowered his weapon and left without a word.

“We’re assuming that in the face of these small children holding out their piggy banks, he regretted his course of action and chose to retreat,” police spokesman Jürgen Menzel told SPIEGEL ONLINE.

Though nothing was stolen, the would-be robber isn’t entirely off the hook. Authorities are now seeking a perpetrator assumed to be in his early twenties, about 185 centimeters (6 feet 2 inches) tall, for attempted robbery.