Polemic seems to have gone the way of the typewriter and the soda fountain. The word was once associated with the best practitioners of the form: Voltaire, Jonathan Swift, George Orwell, Rebecca West. Nowadays, if you say “polemic,” you get strange looks, as if you were referring not to refined argument, especially written argument, but to some sort of purgative.

Of course, polemic isn’t just an argument. It’s a literary offensive prosecuted with the goal not only of winning your point but of demolishing your opponent’s entire case. The name-calling and yelling on cable TV and the Internet have made us forget that the classic polemic is a dazzling, meticulously crafted statement.

It was precisely the intellectually demanding nature of polemic that enthralled me when I was a teenager. While my pals were out driving around, I spent dusty summers in my town library, where I lost myself in back issues of Partisan Review and Commentary. Debating with the world seemed the best way to make my way into the world. James Joyce once said that words were a poor boy’s arsenal. For me, it was words built into arguments.

My father was a professional pianist, and though I never learned to play the piano with great proficiency, I was entranced by the function of the pedals. You could make the notes quaver, persist, echo or abruptly stop. Eventually, I found that to make a forceful polemic, the argument had to have pedals. That way, you could even make it beautiful. 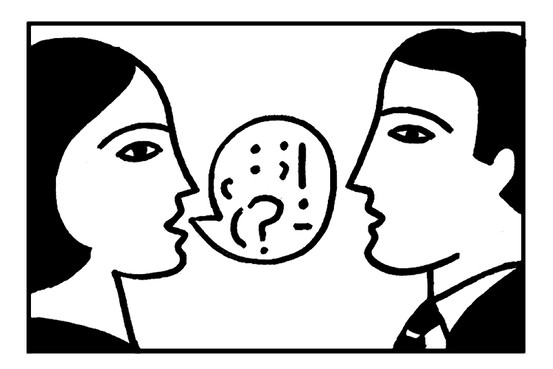 A polemic isn’t just an argument. The goal is to demolish your opponent’s entire case.

With the right use of rhetorical pedals, a writer can pour into polemic the care and craft that poets and novelists invest in their art. Confronted by a piece of lofty illogic, you can draw some telling counterpoint from everyday life. An armchair warrior, for instance, might be put in his place by this: “Any man who considers war an exercise in nobility is either not a father or an unfeeling one.” You can deploy a literary allusion or historical reference to show that a pompous emperor lacks clothes, as it were. Does a writer sentimentalize Africans as innocent children, corrupted by Western imperialism? Introduce her to the African role in the slave trade or the recent history of the Congo.

The most effective polemic, I have always found, is actually a kind of musical reinterpretation of someone else’s argument. Arguments are rarely wrong. Rather, they are ethically or intellectually unfinished. To return to my example above: Though it is hardly the whole story, imperialism did indeed help to set Africa on a destructive path. A successful polemic would have to concede the point, before completing it with the larger point that attributing Africa’s problems to Western imperialism is yet another way of robbing Africans of their independence.

The most successful polemic against something must also be a form of understanding the thing that you are disputing. Empathy is indispensable to a forensic drubbing. A talented polemicist should win some converts from the opposition simply by making the case that his opponent’s argument isn’t crazed or pernicious, just radically incomplete.

In our age of feral opining, however, we have no use for patient absorption in someone else’s logic and rhetoric. Better to scream obscenities into the white void of your screen, turn off your computer and….But here I go, succumbing to my great passion and starting to polemicize.

Which brings me to my final point: Disappointed love, not hatred or aversion, is the strongest motivation behind the urge to make an argument sing, rather than shout. And that is why the screamers on every side leave me so cold. They argue without love— and they are not true polemicists.

Lee Siegel is a columnist and editor at large for the New York Observer.