It was long, long ago that I happened to draw from a bulging third-grade Thanksgiving grab-bag an entrancingly illustrated collection of stories about little English girls exiled to boarding school. Ostensibly a book for children, “Mrs. Leicester’s School” had a kind of mythic weight, and at least one of its tales, “The Changeling,” was so heartlessly piercing that, like some legendary metamorphosis, it chilled me for life; I feel its coldness even now. An envious nurse secretly switches babies:—her own daughter will be lovingly reared in a mansion, while the child of nobility, the true daughter of Sir Edward and Lady Harriot Lesley, must humbly endure the other girl’s condescension. But unrelenting class rigidity is merely the carapace of this fabled ruse. After some years the plot is uncovered, clumsily, by the falsely aristocratic child, and each is restored to her rightful parents. For the fallen daughter more than pride of place has been pricked; the most elemental self is subverted and eviscerated. The lie that wounds children is the most chilling of all. “Mrs. Leicester’s School,” Coleridge wrote, “should be acknowledged as a rich jewel in the treasure of our permanent English literature.” 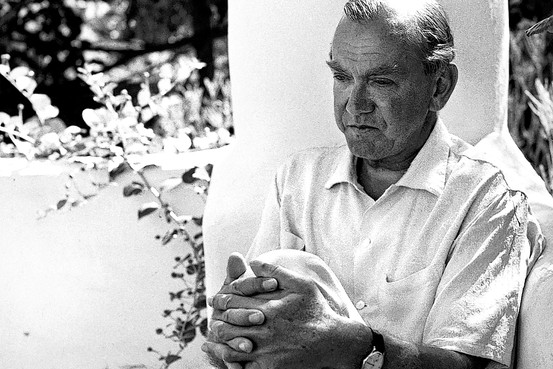 This prodigiously perceptive memoir in the form of a novel turns out to be still another changeling tale, though here it is deadly force that casts the child out of her proper milieu. The cherished daughter of cultivated parents (banker father, musically gifted mother) is made to flee Nazi-infested Vienna via the Kindertransport, a charitable program to bring young Jewish refugees to England, where they will be entrusted to the care of strangers. Ten-year-old Lore, introspective and vulnerable, is sent to live with a series of well-intentioned persons of inferior culture who nevertheless appear to the child to possess unanswerable worldly power. Once confident of unstinting familial love, she is transmuted overnight into a cautious, anxious and deferential watcher of alien mores and motives; she judges, understands, sees. She is already the writer she will inexorably become.
What Maisie Knew

‘It made her wonder more sharply what she could do or not do, what particular word she should speak or not speak, what particular line she could take or not take, that might for everyone . . . give a better turn to the crisis.” This mazy thinking is Maisie’s; a preternaturally observant young child of divorce, she wields her “little instinct of keeping the peace” in a labyrinth of adults and their shifting allegiances, brutal hatreds and hidden adulteries. Surrounded, even ambushed, by selfishness, but she is too ingenuous to see how cruelly she is its hostage. The clues—contradictory hostile signals—are there but uncertain and opaque. Of all James’s innocents, Maisie is the most manipulated and the most unsullied. Appraising James’s own acutely intuitive childhood, Leon Edel, his eminent biographer, said of Maisie: “In reality, she is a study of himself.”

Niel Herbert is a small boy when he first falls under the spell of the young wife of Captain Forrester, a pioneer railroad builder and the town’s most respected figure. Mrs. Forrester is an enchantress: Her fine house with its unspoiled acreage, the fashionable brilliance of her dress, the uncommon charm of her “many-colored laugh,” her lively engagement with everyone she encounters—all this enthralls Niel well into his 20s. Even as he sees her aging and widowed, even as he discovers her unsavory liaison with a dishonest local ruffian, he remains captivated. Years will pass before the boy’s faithful awe will give way to the man’s bitter disillusionment. But Willa Cather knows that the heart is a perplexing mixture of beauty and pain and that early adoration betrayed can sometimes end in a kind of forgiveness or, failing that, in bewildered and undying sympathy.

The Heart of the Matter

In the heart of this novel of war, smuggling, spying and illicit love, a ship carrying civilians is broken up at sea. After 40 days in open boats, the survivors are brought to an African colony presided over by British officialdom and a handful of humorless Catholic missionaries. Among the ailing passengers are young Mrs. Rolt, freshly widowed by her husband’s drowning, and a boy suffering from fever. Maj. Henry Scobie, a police officer, is called on to read aloud to the child from the mission’s collection of dry-as-dust pious uplift. In a rush of spontaneous invention and moral ingenuity, Scobie transforms “A Bishop Among the Bantus” into a suitably violent pirate yarn. But soon his fabrications accelerate: from the lie that comforts to the lie that deceives. In an excess of pity and love—moved to desire by the pathos of Mrs. Rolt, steeped in tenderness for his unsuspecting wife—Scobie plummets ever deeper into guilt-haunted sin. Yet if too much loving compassion makes a sinner, then how do we recognize an innocent?