The influence of T.S. Eliot (1888-1965) on poetry and criticism in the 20th century was immense. His work was so original in terms of style and technique that no less a Modernist icon than Ezra Pound declared that Mr. Eliot had “actually trained himself and modernized himself on his own.” While Mr. Eliot’s early poems, most notably “The Love Song of J. Alfred Prufrock” (1915), had brought him considerable attention in literary circles, it was “The Waste Land” (1922), a fragmentary and highly allusive verse epic, that gave him his central position in British and American poetry.

Although Mr. Eliot would labor assiduously in several genres, it would be more than 20 years before he completed what critics and poets alike regard as his magnum opus—the exquisite “Four Quartets.” Comprising four long poems of five parts each, “Four Quartets” incorporated a number of themes that had been essential to Mr. Eliot’s earlier work. However, the length and structure of the poems—combined with a mastery born of maturity and perseverance—enabled Mr. Eliot to address these ideas in greater depth and far more coherently. 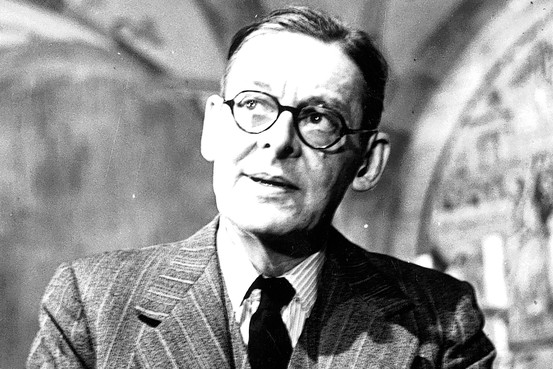 Each of the poems was named after a place that had deep personal significance for Mr. Eliot, who was born in St. Louis, and had spent the first two decades of his life in America before immigrating to England.

“Burnt Norton” (1935) was named after a house and garden on the edge of the Cotswold Hills in southwest England that the poet had once visited, the extraordinary beauty of which had left a lasting impression on him; “East Coker” (1940), after a Somerset village in which the poet’s family could trace its lineage to the late 1400s; “The Dry Salvages” (1941), after a group of rocks off the coast of Cape Ann, Mass., that the poet had navigated by as a young sailor summering in the Northeast; and “Little Gidding” (1942), after a humble chapel steeped in history to which the poet, a convert to Anglicanism in 1927, had made a pilgrimage.

But these are more than works of personal reflection. Mr. Eliot called on a vast store of images, symbols and allusions that, deployed in a historical context, enabled the poet to keep his readers’ focus on such themes as the redeemability (in the Christian sense) of the individual and the complex relationship between existence, reality and time. Indeed, the setting of the entire work seems to be “the point of intersection of the timeless / With time.” (“The Dry Salvages,” V, 201-2).

Despite the obvious affinities between the poems, at the outset Mr. Eliot did not plan a series. In answer to a scholar’s query, Mr. Eliot wrote: “The idea of the whole sequence emerged gradually, I should say during the composition of ‘East Coker.’ Certainly ‘Burnt Norton’ was a solitary experiment, and I had nothing in mind for the next step.” In fact, “Burnt Norton” developed out of a dozen or so lines Mr. Eliot had discarded from “Murder in the Cathedral,” his verse play about the martyrdom of St. Thomas à Becket.

The end result of more than eight years’ work was a sequence of skillfully interwoven poems that correspond with autumn/air, summer/earth, spring/water and winter/fire, respectively. The poems were first published together as “Four Quartets” in America on May 11, 1943, and in England on Oct. 31, 1944. 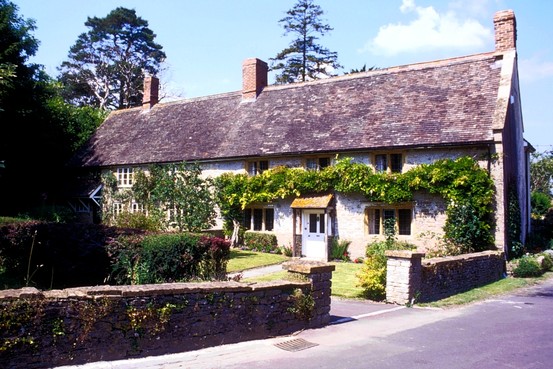 A house in East Coker. Mr. Eliot’s family could trace its lineage in this Somerset, England, village back to the late 1400s.

While it employs a number of symbols, “Four Quartets” is generally recognized as a “post-Symbolist” work. Helen Gardner, the author of “The Composition of Four Quartets” (1978), the definitive work on the poems, wrote that “literary echoes and allusions are less fundamental as sources than places, times, seasons and, above all, the circumstances in which [the poems] were written.” Mr. Eliot himself was quick to point out that a number of the things that were presumed to be “merely” symbolic were in fact based on observations and experiences.

Mr. Eliot tried hard to keep the poetry—even at its most philosophical and abstract—tethered to reality. “We had the experience but missed the meaning” (“The Dry Salvages,” II, 93), he wrote. In the end, conveying the precise meaning in “Four Quartets,” no matter how difficult an undertaking, was of primary importance to the mature, world-weary Mr. Eliot. Obliquity was acceptable; obscurity was not.

While the poems were intended to be read in the order in which they were composed—and, like suites, “heard” straight through—”Four Quartets” also has a perpendicular quality that enhances its integrity. More than a few scholars and devotees of Eliot’s oeuvre have gone to great lengths to convey that certain generalizations can be made regarding the natures and functions of the corresponding sections of the poems. But, in truth, the affinities of the sections to one another can be quite easily apprehended by any close reader of the poems.

Mr. Eliot was modest and reserved. In his early essay “Tradition and the Individual Talent” (1919), he wrote: “Someone said: ‘The dead writers are remote from us because we know so much more than they did.’ Precisely, and they are that which we know.” Since the publication of “Four Quartets,” Mr. Eliot has been, in no small measure, that which poets as diverse as Dylan Thomas, Robert Lowell, Sylvia Plath, Seamus Heaney and Louise Gluck know or have known.

In recognition of his contributions to poetry, drama and criticism, Thomas Stearns Eliot was awarded the Nobel Prize for Literature in 1948. He continued to write well into old age (but produced no poetry) and gave numerous public readings in both Europe and America, on several occasions to many thousands.

I came to these poems as a young man, an aspiring poet with little knowledge of either the wide world or the variety and depth of human experience within it. The poems took me immediately and forever to a deep, mysterious and timeless place where insights seemed as plentiful as stars. I’m more than half a century old, and yet their brilliance impresses, informs and inspires me still.

Mr. Eliot died in London on Jan. 4, 1965, and his ashes were interred at the Parish Church of St. Michael in East Coker. Shortly thereafter, a cenotaph honoring him was dedicated at Poets’ Corner in Westminster Abbey. It bears the inscription: “The communication / Of the dead is tongued with fire beyond the language of the living.” The lines are from “Little Gidding” (I, 50-1), which Mr. Eliot regarded as the best poem of his best poetical work.

Mr. Zinsmeister is a freelance writer in New Jersey.