He trampled on a playwright’s freedom of speech

Do you have a right not to be written about? Elie Wiesel thinks he does—and he’s prepared to sic his lawyers on anyone who thinks otherwise.

Deb Margolin recently wrote a play called “Imagining Madoff” that purported to offer audiences a fictional version of the relationship between Mr. Wiesel, the Nobel Prize-winning author and Holocaust survivor, and Bernie Madoff, the arch-swindler who purloined vast amounts of money from Mr. Wiesel, his wife and the couple’s charitable foundation. Intrigued by Mr. Madoff’s success in rooking the Wiesels and countless other innocents, Ms. Margolin spun a script out of her fascination and took it to Theater J, a drama company in Washington that specializes in plays on Jewish subjects. Theater J agreed to produce “Imagining Madoff.” Then Ms. Margolin sent a copy of the script to Mr. Wiesel, who promptly replied that he found it “defamatory” and “obscene” and threatened to sue in order to prevent it from being performed at “any time in any venue.” 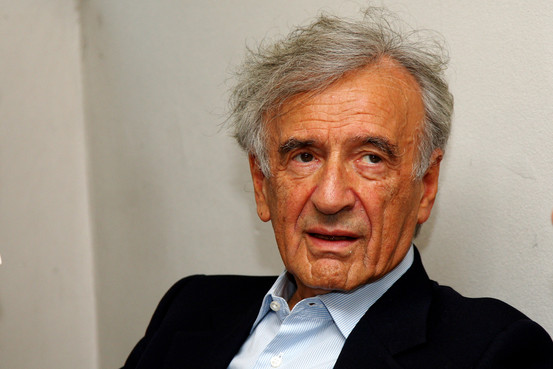 Not at all surprisingly, Theater J was unnerved by the prospect of being hauled into court by so prominent and admired a Jew as Mr. Wiesel. Ari Roth, the company’s artistic director, went so far as to tell the Washington Post that “I never would have done this play if Elie Wiesel would be upset or angry about it.” Accordingly, Ms. Margolin rewrote the play, replacing the fictional “Elie Wiesel” with a completely made-up character. Alas, Mr. Roth declined to produce the revised version without Mr. Wiesel’s explicit approval, and Ms. Margolin responded by withdrawing her script. Now “Imagining Madoff” is being performed by another theater company in upstate New York, and Mr. Wiesel, so far as is known, has no objections to the play being presented in its new form.

I have neither seen nor read “Imagining Madoff” and so have no opinion of it. But anybody who knows anything about literature knows that imaginative writers are notorious for using real people as the basis for fictional characters, and that the characters in question often turn out to be cruel caricatures of the people on whom they are based. It goes without saying that to be on the receiving end of such treatment is no fun. When the British writer Hugh Walpole started reading W. Somerset Maugham’s “Cakes and Ale” in 1930 and discovered that he was the model for one of the novel’s least attractive characters, a smug little careerist named Alroy Kear, he was horrified and humiliated. “Read on with increasing horror,” he scribbled in his diary. “Unmistakable portrait of myself. Never slept!”

In recent years, postmodern artists have added an extra turn to the screw of shame: They dispense with pseudonyms. Gary Coleman, for instance, is portrayed under his own name in “Avenue Q” as a failed actor who is reduced to working as the superintendent of a tenement. It is, of course, a fantasy, but one that cuts painfully close to the knuckle, since the real-life Coleman, who died earlier this year, was in fact a once-famous child actor who found it impossible to repeat his youthful successes in later life.

Nobody likes to be publicly embarrassed—but it’s not illegal. As long as you steer clear of the rocky shoals of libel, you are perfectly free to create an unflattering fictional version of a real-life person. If he’s a public figure, you can even use his real name and get away with it. (Editorial cartoonists do it every day.) To prevail in court, your “victim” has to prove malice on your part, which is exceedingly difficult to do. But you don’t necessarily have to win a libel suit to get what you want: Sometimes all you have to do is threaten to sue. When a world-famous plaintiff decides to stare down a not-so-rich defendant who can’t afford to fight back, the defendant usually blinks.

Which brings us to the heart of the matter: Why on earth did Mr. Wiesel, of all people, threaten to drop the big one on Ms. Margolin and Theater J? Not only is he prominent and admired, but he is also a celebrated human-rights advocate who has famously declared that “indifference, to me, is the epitome of evil.” Yet he has proved himself utterly indifferent to the rights of a serious artist and a well-regarded theater company to make art as they see fit, merely because their art portrays him in a way he doesn’t like. I wouldn’t go so far as to call that hypocritical—not quite—but I have no doubt that it’s unworthy of a great man who ought to know better.

Mr. Teachout, the Journal’s drama critic, writes “Sightings” every other Saturday. He is the author of “Pops: A Life of Louis Armstrong.”